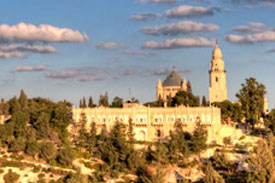 Departure from USA to Tel Aviv 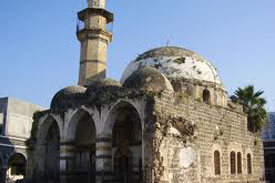 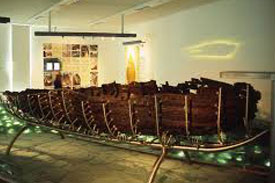 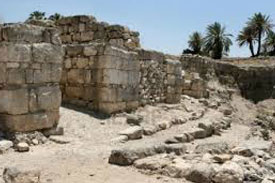 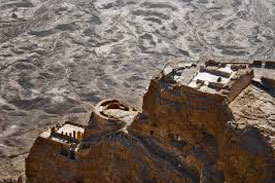 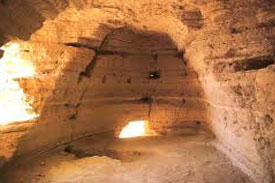 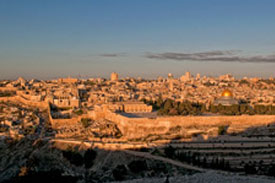 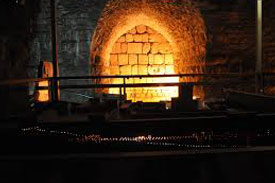 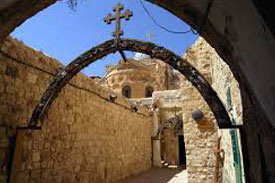 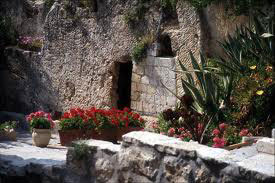 Trans-Global Evangelical Holy Land Tours offers a Galilee emphasis. The tour begins upon arrival to Israel in the morning. The Holy Land tour immediately sets out towards Caesarea, the Carmel mountains, Nazareth and Tiberius.

These tours are suitable for Businesspersons as – if leaving USA on a Friday (arriving Israel Saturday morning)and returning on a Sunday(leaving Israel Saturday night) – only 5 business-days are used. The airlines’ schedules allowing this itinerary – arriving Israel in the morning and leaving in the evening/night – . are United and Air Canada (from numerous cities) and El Al from New York. The flights are non-stop USA-Israel-USA.

DAY 2: Arrival
You will be met by a Trans-Global Evangelical Holyland Tours Representative to assist you through customs.
Then continue to Caesarea / Carmel / Nazareth / Tiberias
We proceed to Caesarea to visit the Crusader Fortress built upon the ancient city of Caesarea, named after Augustus Caesar, who imposed the tax that brought Mary and Joseph to Bethlehem. Here we will visit a beautiful example of the Roman Amphitheater, where the group can experience the acoustics of a structure built in the days of Christ. Continue to Mount Carmel where Elijah issued his challenge to the False Prophets. Visit a Druze Village. Now on to Nazareth, where Jesus spent the silent years of his life. From Nazareth the road winds down to Tiberias and the beautiful Sea of Galilee.
Dinner and overnight at your hotel in the Galilee.

DAY 3
Boat Ride on the Sea of Galilee / Jesus Boat + Kibbutz Tour / Golan Heights Caesarea Phillipi / Tel Dan / Korazin/ Mt of Beatitudes / Tiberias
Today we rise early and board our boat for a cruise on the Sea of Galilee. We visit the “Jesus Boat” at the museum of Kibbutz on Nof Ginossa, then we have a short tour of the kibbutz, exploring this exciting way of life so similar to the earliest Christians.We then take the road through the Golan Heights where we will hear the explanations of the strategic and political significance of this area. On the Golan Heights we will visit Caesarea Phillipi at Banias, which is the Site of the Transfiguration; continue to Tel Dan Nature Reserve, source of the Dan River leading into the Jordan and containing the remains of an ancient city from the period of the First Temple thought to be the center of the Dan tribe; pass Korazin, where there are remains of a 1st.Century synagogue similar to Capernaum (these last 3 are the places which were cursed and which were indeed totally destroyed in an earthquake in 742 C.E.).

We return to the Sea of Galilee area where much of the Galilean Ministry took place. Here were the homes of the disciples James, Simon, John and Andrew. Near here Jesus gave Beatitudes and taught in the synagogue on many occasions and performed many miracles.The group will pray together at the Mt of Beatitudes.Return to hotel for dinner and overnight.

DAY 4
Megiddo (Armageddon) / Gideon’s Spring / Mt. Gilboa / Arbel / Capernaum / Tabgha / Yardenit Baptism / Tiberias
We proceed to Megiddo, Site of the Armageddon, where 22 layers of civilization have been excavated , down to King Solomon’s Stables. Continue to the foot of Mt. Gilboa, where we stop at the natural spring where Gideon chose his 300 warriors. Return to the Sea of Galilee area. See the whole area from above on Mt. Arbel. We then proceed to visit Tabgha where 5,000 were fed by Jesus who performed the miracle of the multiplication of fish and loaves. Visit Capernaum, and end a magnificent day with a visit to Yardenit, the traditional baptismal site on the Jordan River.Return to hotel for dinner and overnight.

DAY 5
Beit Shean / Jordan Valley / Jericho / Qumran / Dead Sea / Massada
We proceed through the city of Beit Shean – one of the earliest and most important cities in Israel from the time of the Canaanites. It was here the Philistines impaled King Saul’s body to the city wall – we view its magnificent excavations. We continue through the Jordan Valley passing by Jericho, visit the first city conquered by the Israelites in the Promised Land. We view the Mount of Temptation and continue through the Plains of Jericho and Arava, viewing St Jerome’s Monastery, Beth Arava and Mt Nebo.Then onto the Dead Sea, lowest spot on earth and Qumran, center of the Essenes.

See the ancient caves of Qumran where the Dead Sea Scrolls were found. Continue south to Ein Fascha, viewing across the saltiest sea in the world the fortress where John the Baptist was beheaded. Via an ancient ferry boat station and the desert where ibex roam at Ein Gedi, David’s hideout from Saul, on to the mighty fortress Massada, last stronghold and stand of the zealots against Rome, on the edge of the barren Negev Desert. Massada is a symbol of courage and perseverance for the Jewish People, where 960 Jewish defenders organized their last resistance to the Roman conquerors and took their own lives rather than surrender into slavery.Those who wish to do so may swim (float) in the salty waters of the Dead Sea .We arrive at the end of the day to Jerusalem for dinner and overnight.

The Tour Leader may choose to overnight at a hotel at the Dead Sea and continue to Jerusalem the next morning.

DAY 6
Hills of Jerusalem / City of David / House of Caiaphas / Mt Zion / Upper Room / Yad V’shem / Rabbi’s Tunnel/ Bethlehem / Jerusalem
This morning we start the day at Mt of Olives for an introduction to Jerusalem. Ascend the hills of Jerusalem from Scopus to Mt of Olives for an outstanding breathtaking view of the city across the Kidron Valley to the Eastern Gate; see Chapel of Ascension, Pater Noster and Dominus Flevit. Walk down Palm Sunday Road and visit the Garden of Gethsemane; cross Mount Moriah viewing the Tombs of Absalom, Saint James and Zacharia. We will travel around the temple pinnacle to the City of David and on to the house of Caiaphas at Saint Peter in Gallicantu. Continue to Mount Zion, the Upper Room and Tomb of King David. Drive to Yad V’shem, the memorial to the Holocaust and 6 million Jews murdered by the Nazis. Continue to the southern suburbs where there is an overview of Bethlehem and the Shepherd’s Field.

We will visit the famous Rabbi’s Tunnel, running along the base of the Western Wall (Owing to the enormous demand, and limited access to this fascinating site, our visit may take place at any time of day or night during our stay in Jerusalem).Dinner and overnight at your hotel in Jerusalem.

DAY 7
Old City of Jerusalem / Pool of Bethesda / Praetorium / Fortress of Antonia / View of Temple Mount / Western Wall / Via Dolorosa / Jaffa Gate
Enter the Old City through St Stephen’s Gate; Visit the Pool of Bethesda where Jesus cured an invalid man; continue to the Praetorium, site of the public trial of Christ, and his condemnation, and view its ancient remains in the Fortress of Antonia, seat of the Roman Procurator; proceed to the Temple Mount to view the Mosque of Omar and visit the Western Wall, a sacred site for the Jewish People. Continue through the picturesque market streets past the Citadel of David and exit through the Jaffa Gate, passing the Stations of the Cross along the Via Dolorosa and the Church of the Holy Sepulcher on the way.

DAY8:
New Jerusalem / Israel Museum / Scale Model of Biblical Jerusalem / Dead Sea Scrolls / Cardo Maximo / Southern Steps of Ancient Temple / Empty Tomb
We continue in the new part of Jerusalem by visiting the Israel Museum where there is a scale model of the city of Jerusalem from New Testament Times, including the Second Temple. Also at the Museum visit the Dead Sea Scrolls, housed in a specially prepared building. Continue via the Knesset (Israeli Parliament) and downtown Jerusalem, to Old Jerusalem’s reconstructed Jewish Quarter.

See the Ancient Cardo Maximo and confirmation of historic sites of yesteryear. Visit to the Southern Steps, the archaeological reconstruction of the Temple Steps where Jesus walked so often.

End the day with quiet prayer at the Garden Tomb.

Continue for Farewell Dinner and then on to Airport for departure to USA, arriving early the following morning.

Please Note: This itinerary is based on morning arrival to Israel. If arrival is in the afternoon or evening, the itinerary will be changed accordingly and few sites may not be included.